Renato Leotta (1982, Italy), in January and February 2016, used Favignana island as his studio.

The research undertaken influenced, among others, his solo show at Galeria Madragoa, participation at “Les Limbes” CAC Noisy-le-Sec , participation at Frieze Focus 2016 with Galleria Fonti and at Quadriennale di Roma 2016.

Available on incurva.org, courtesy of the authors, two texts written in the occasion of the publication “Aventure, aventura, peripezia”, Lisbon, 2016,

La mèr(e) – At the beginning of 2016, Leotta spent a few months in a residency in Favignana, one of the Egadi islands in Sicily, where he developed a new project related again to the Mediterranean landscape and the sea. «The next time you stand on a beach at night watching the moon’s bright path across the water, conscious of the moon-drawn tides, remember that the moon itself may have been born of a great tidal wave of earthly substance, torn off into space». Thus biologist Rachel Carson warns us while reflecting on the mysterious origins of the earth, in The Sea Around Us (1951), a book that lately Leotta keeps in his pocket. Studying the moon phases and the rhythm of the tides in the pitch-dark starry sky of the island during winter time, the artist transformed the environment itself into a camera, into a dark room. 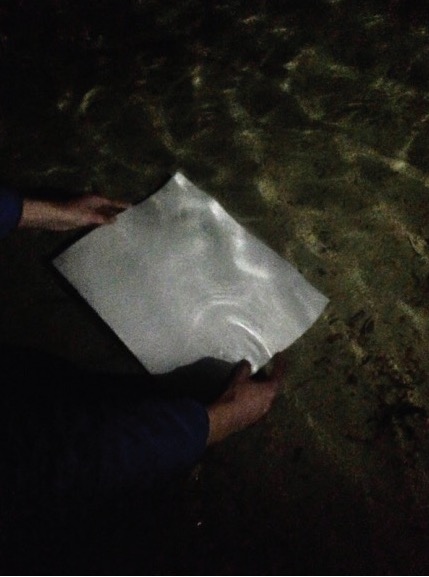 Using the moon as the only light source, the sea water as a lens and calculating exposure times, he was able to impress directly on the photographic paper an underwater view. Thanks to the knowledge of the photographic medium, its mechanism and chemical means, together with intuition in recognizing similarities in two such different contexts – a beach at night and a dark room – Leotta subverted the common process of photography to obtain a direct and almost transparent image of the sea surface. Con gli occhi chiusi (With Closed Eyes) is the title with which of one of the 16 mm film projections was presented in 2011-2012 in and it is in this same condition that these photographs (though the term is not quite correct) are taken, delaying the actual vision of the out-coming image, which has a similar consistency of what we see when eyelids are shut, almost an intrauterine vision. 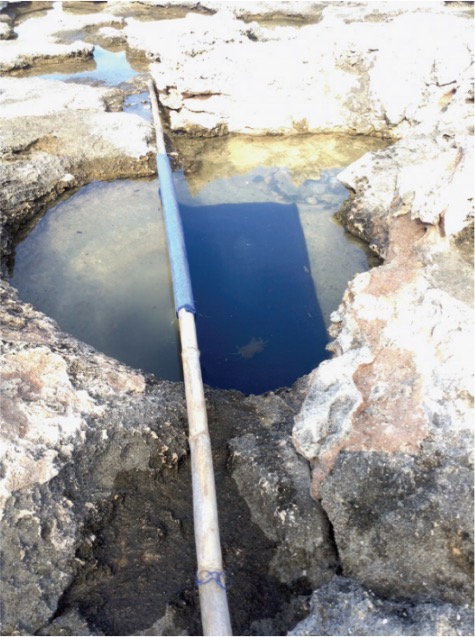 In the last page of his unfinished Six Memos for the Next Millennium (1988), Calvino wished to achieve «a work that would let us escape the limited perspective of the individual ego, not only to enter into selves like our own but to give speech to that which has no language, to the bird perching on the edge of the gutter, to the tree in spring and the tree in fall, to stone, to cement, to plastic. . . ». In line with this unattainable wish, Leotta tries to give substance to the expression of the nature itself, not through a complete withdrawal of the author’s presence but attempting to be synchronized with it. This «direct drive» pursuit passes through the elaboration of a disciplined method, which entails a gesture of selection and waiting for the right time according to moon growth cycles and tide levels. The artist’s approach shares an empirical trait with the intuitive hypothesis of science: it evolves through tests and following the insights, reinventing processes, adapting them to different contexts. At the same time his lonely, immediate contact with nature brought him to an interpretation drawn on cosmogony and origin myth, triggered by the sense of wonder aroused by the overwhelming landscape.

The first night he got on the island, after a bumpy ferry ride, the stars were bright overhead and he felt like being out of time but also gently alive. He drove his grey Fiat Tipo on deserted roads and arrived at the house where he would spend a few weeks. He started seeing rock walls and made a mental note that he would observe their detail more attentively with sunlight. The next morning he woke up very early, the sun was rising and from the window of his temporary accommodation he could see most of the North West coast of the island. 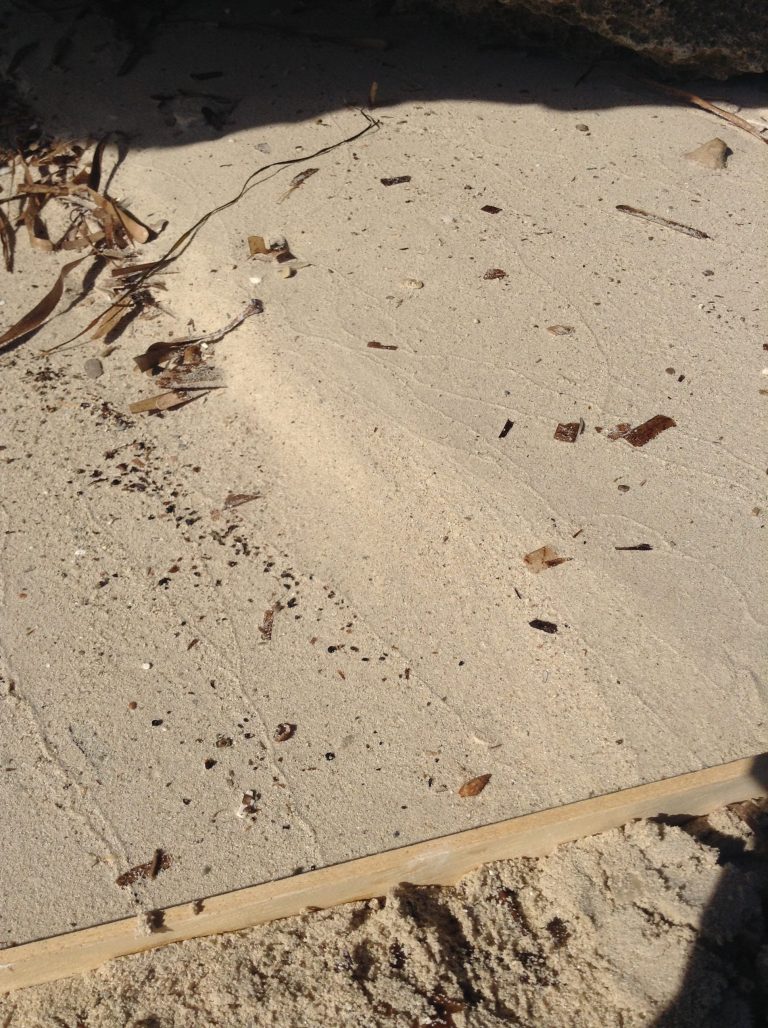 The movement of the sea had always helped him think; in this moment in his life, he needed to slow down, focus on simple things, reverting to a cycle of sleep, food, work, not complicated by much else. He was happy to leave behind all the anxieties of the city, the winter, people’s bad behaviour, the frenetic rhythms of the life everyone inexplicably seems to surrender to. He decided to get some bearings of the place and walked to the village following the asphalt road, once there he bought some food provisions. People observed him with suspicion, as if trying to figure out who he was and what was his business on their island. The bar lady made sure to print out a receipt in case he was an undercover agent of some sort. He went to the harbor and saw two small boats filled with mullet and cuttlefish from the fishermen’ night expedition. With only a few euros he bought enough to feed himself for lunch and dinner. After a week on the island he fell into a rhythm which respected nature’s cycle: he was waking up at dawn, sleeping at dusk, cooking fish as the main source of his sustenance. He also became knowledgeable about which type of wind was blowing each day and, according to the weather conditions, which spot would be best on the island for his activities and research. 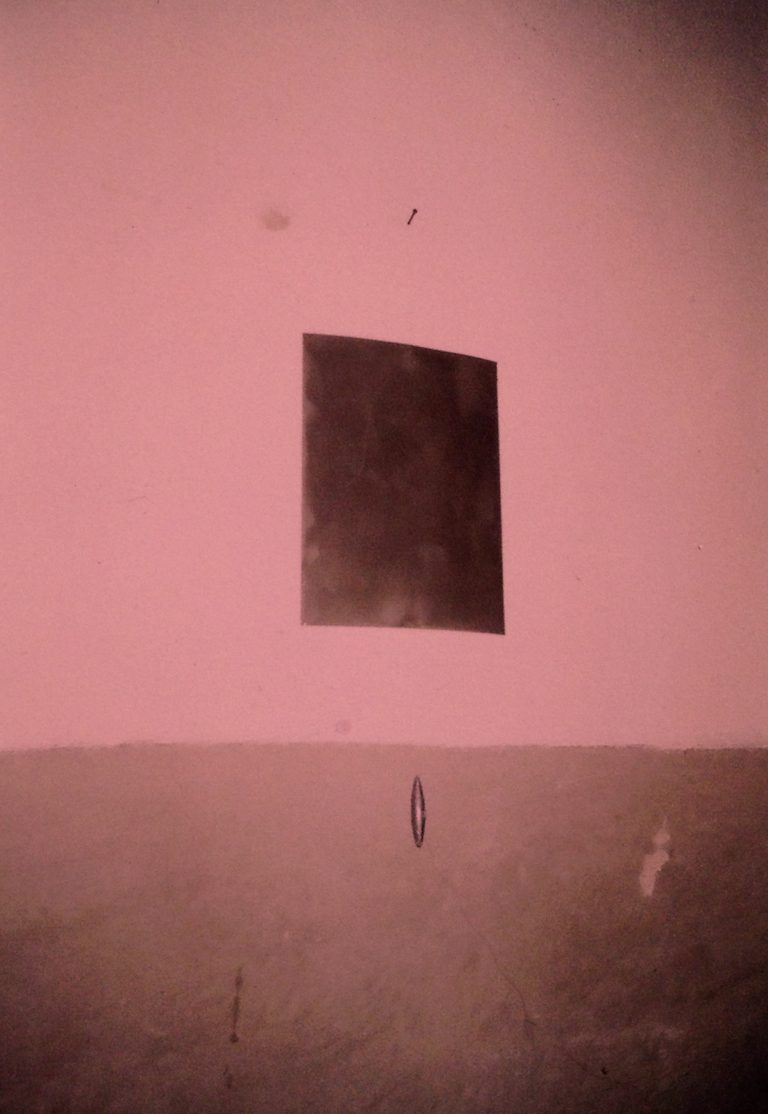 With the help of some scientific books he brought with him, he taught himself to follow the creases of the moon and gauge the light conditions at day and night time, which came extremely handy for setting up his underwater photographic development method and employ the sea salt as a material in the making of his works. One day it was hot, his feet were burning in the sand, no respice from the sun. Renato was moulding sand into loops and squares, testing ways of solidifying the precarious structures and letting the salt dry on blue cloths he had previously dipped in the sea and now were lying on the beach held down by rocks against the wind. With the corner of one eye he saw something coming from the water, he wasn’t sure though… he felt a bit flustered, he thought: “maybe it’s a mirage”. Then he witnessed a rugged boat approaching, it seemed it had endured a long journey but none was on it, in his mind echoed a disturbing thought. It took a while before the tide brought the boat ashore. It was winter but those voyages in search for hope and a better life would soon resume with the good weather. The Island of Speranza is somewhere in the Mediterranean, it is a state of being rather than a real place. I heard Renato left the island, but he is on constant lookout for Speranza. His is a dedicated search, it entails starting afresh, asking oneself questions from a different perspective, shaking the norm and making things uncertain as a survival strategy. Speranza functions as the artist’ studio and is the seedbed for everything he imagines making. Words that become images, images that become words and open up plural poetic dimensions. The space is immersive, subversive and ontological; it questions the very act of creation and of being in the world. His focus is topographical and context responsive but also transcends a singular location into a collective scope. The artist finds it everywhere he goes, despite the weather and the political climate. 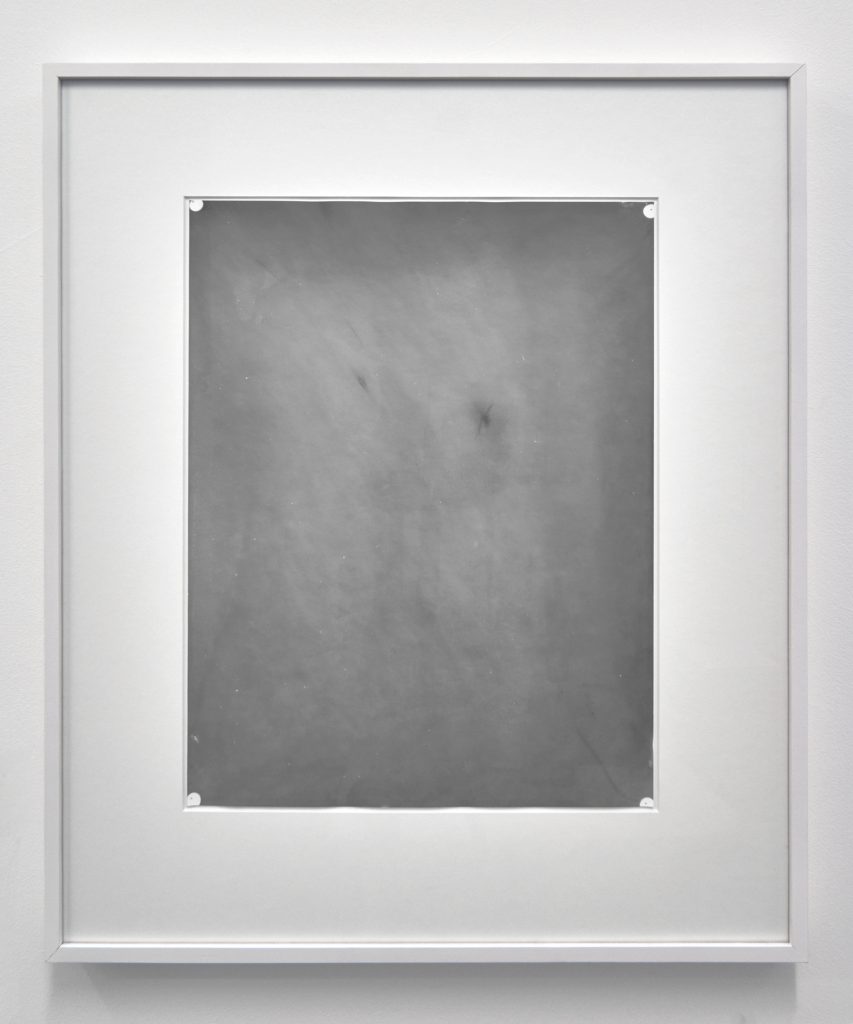